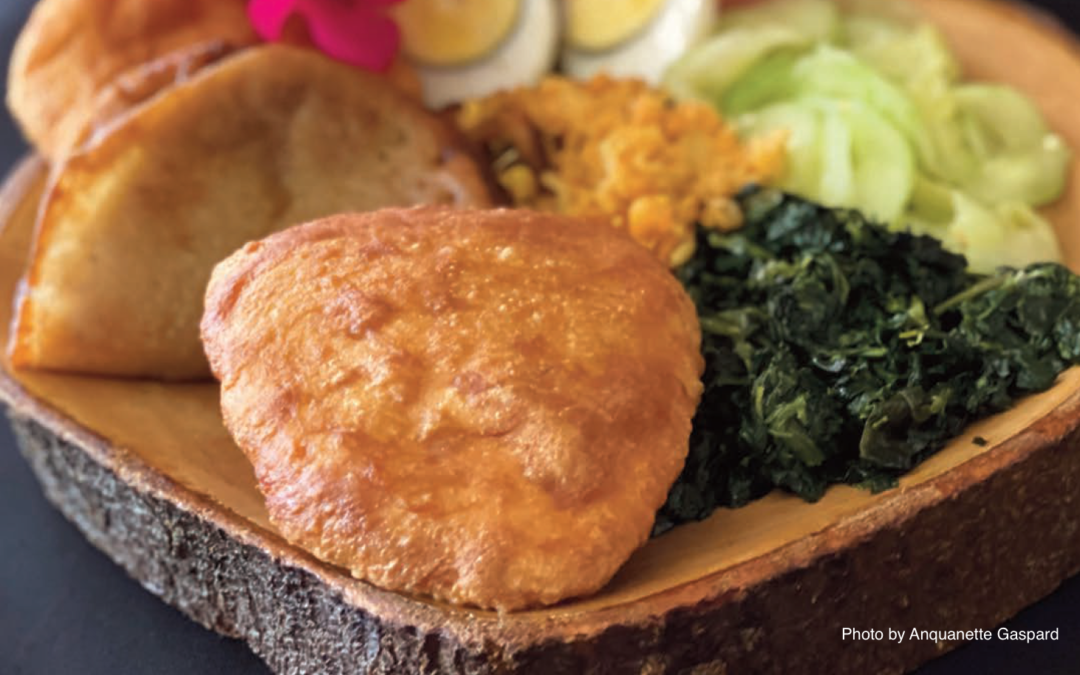 Start your morning off on the right foot with mouthwatering West Indian fare from one of St. Croix’s most cherished locales. Martha’s Deli is that hidden gem that local people and those in the know only tell you about if they believe you’ll appreciate it. For almost 40 years, this well-known eatery has been serving up some of the best dishes on island ranging from hearty soups and savory rotis to the traditional Crucian breakfast complete with saltfish, smoked herring, cucumber salad, spinach chop-up, Johnny cakes and more.

Like many local restaurants on island, Martha’s Deli is grab-and-go style where you place your order over the phone (highly recommended) or in person at the counter. This family run business has operated in this manner since 1983 when Martha and her husband started the business at its original location in Estate Richmond near downtown Christiansted. Originally from Dominica, Martha took her love for cooking and strived to always “keep it simple.” This tried-and-true method is what has allowed Martha’s Deli to build a loyal customer base that returns time and time again.

While most people know exactly what they want at Martha’s, the warm and friendly staff is always willing to explain the menu items to help customers make the most delicious decision. Some of their best-selling items include the following: various soups such as chicken, fish, lentil and conch (when in season), chicken roti, turkey/ham/cheese sandwiches and their infamous Martha’s Big Breakfast. The Big Breakfast includes saltfish and/or smoked herring, cucumber salad, spinach chop-up, two (2) Johnny cakes, a banana fritter and a boiled egg. This traditional Crucian/Creole breakfast is a staple on the island that is often enjoyed on the weekends or for special occasions. Thankfully, Martha’s offers it year round to be enjoyed any time the mood strikes.

Martha’s Deli is located at 298 Peter’s Rest, Suite #1 in the Watapana Mall shopping center across from Plaza Extra East Supermarket. It’s tucked away in the southeast corner of the bright pink shopping center. Open Tuesday through Saturdays from 7:30am to 12 noon, it is highly recommended to call ahead to place your order. Their telephone number is 340.773.6054.