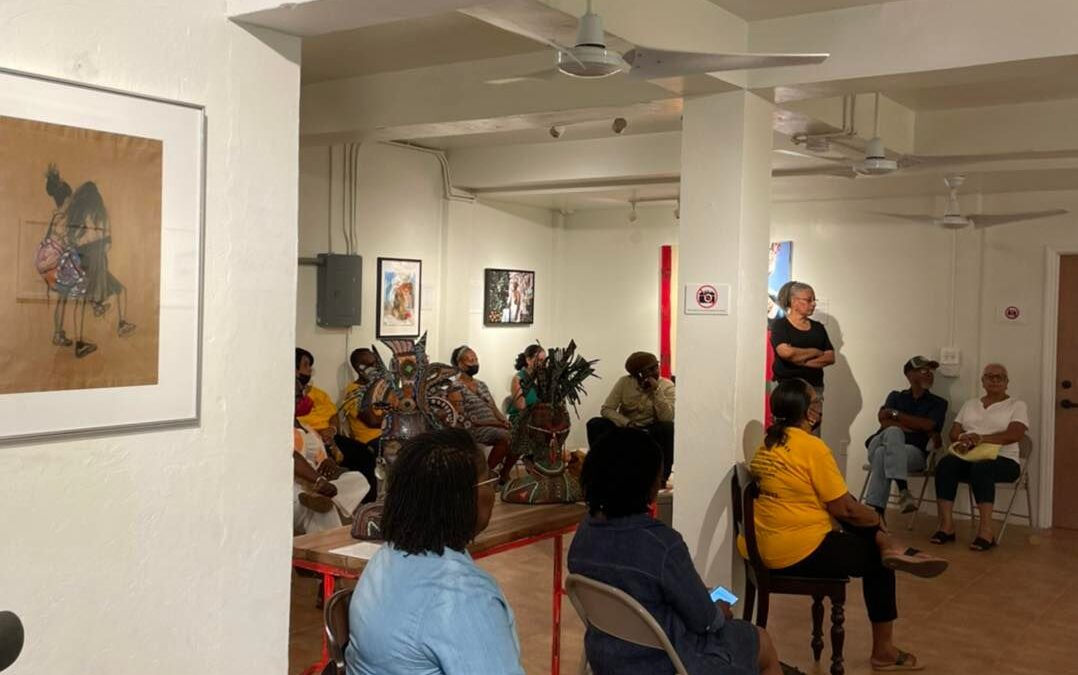 St. Croix is a well-known residency destination for many artists seeking a fresh environment to reflect, research or create new work. Over the last four decades, the island has seen several notable art galleries established. The latest addition to this list occurred in December 2020 when Sonia Deane opened Cane Roots Art Gallery in downtown Christiansted. Her decade-long dream finally came to fruition when the opportunity to rehabilitate a 2,800 square foot building revealed itself, resulting in a complex of residences and an art gallery. Today, Deane’s desire to merge her belief in education and her love of art into a space where collectors can appreciate and purchase art from around the world has been fulfilled.

Originally from Guyana, South America, Deane shared that she has been blessed to have the cultures of Guyana and Suriname in her DNA. At the tender age of 11, she migrated to New York City with her family. Her love story with St. Croix began in 1989 with several visits to the big island over the years. Since the gallery’s opening, Deane has been committed to maintaining her dream of merging art and education. One of the gallery’s first openings did just that. “Remembrance – A Tribute to Leo Carty” was a living legacy exhibition of the late artist whose impressionistic paintings depicted the lives of everyday people in the St. Croix community during the early years of the 20th century. All proceeds from the exhibit supported the Leo Carty Fine Art Scholarships. Four $500 scholarships were awarded to graduating Virgin Islands seniors who would pursue the visual arts following their graduation and demonstrated their commitment to any of the visual arts.

Cane Roots Art Gallery is also dedicated to highlighting Virgin Islands culture in its various exhibits. During the Crucian Christmas Festival Season, “We Ready for deh Road” photo art exhibit lit up Company Street as feathers, costumes and glitter adorned the gallery walls, complementing the photography of the three Crucian artists whose work was featured. Most recently, “Expressions of Freedom” opened at Cane Roots Art Gallery on June 23rd. The show, which consists of 15 artists, invites the community to experience the arts through a sense of freedom: Juneteenth; V.I. Emancipation Day; U.S. Independence Day; and Aug. 1, Emancipation Day in other Caribbean countries. The show will remain on display at the gallery until September 23rd.

Cane Roots Art Gallery is located at 24 Company Street in downtown Christiansted. Normal hours of operation are Tuesday through Saturday from 12pm to 4pm. The gallery often hosts evening receptions and sneak peeks of upcoming shows. To learn about their events, current exhibits and featured artists, visit www.canerootsartgallery.com or call 340.718.4929.